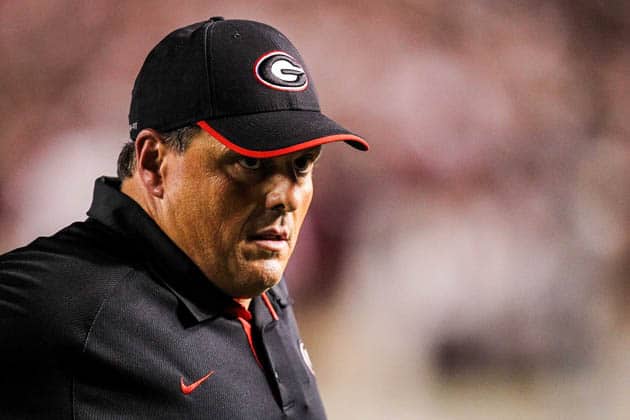 Georgia Bulldogs defensive coordinator Todd Grantham is set to interview for the same position with the New Orleans Saints, according to NFL Network and NFL.com reporter Ian Rapoport.

Rumors of the possible interview first surfaced yesterday, but then conflicting reports indicated that the Saints were set to hire Rob Ryan.

According to Rapoport, Grantham will fly to Louisiana tomorrow morning to interview. Here are his tweets from this evening regarding Grantham and the NFL:

#Georgia DC Todd Grantham will get on a plane and fly to New Orleans tomorrow morning to interview with #Saints, I'm told.

#Eagles tried to interview Todd Grantham at least twice in the last few weeks, but timing wasn't right with #NSD coming up. #Saints are up

It appears that Grantham was also sought for an interview by the Philadelphia Eagles over the last two weeks. But due to National Signing Day, which was today, Grantham was not available to interview.

Now that Georgia’s 2013 recruits are signed, looks like Grantham is going to test the NFL waters again. Reading between the lines of statements he made today, it seems that Grantham would like to be a defensive coordinator in the NFL rather than college.

There is also a video interview with Todd Grantham available from Rivals.com. In the video, Grantham answers questions about the NFL rumors, but his answers and his body language suggest to many that he could may leave for the NFL if offered.

It’s not at all uncommon for coaches to leave for other positions after signing day. But several reports indicated that Grantham told recruits that he was staying at Georgia.

What would Georgia do if Todd Grantham suddenly bolted for the NFL? First, Mark Richt would probably look to promote from within. That could be inside linebackers coach Kirk Olivadotti, secondary coach Scott Lakatos, or even defensive line coach Chris Wilson.

Outside of Athens, names that might surface include Ellis Johnson, Manny Diaz, or even former UGA defensive coordinator Brian Van Gorder. Stay tuned.

UGA confirmed this morning that defensive coordinator Todd Grantham has notified AD Greg McGarity that he will interview with the New Orleans Saints for their open DC position.

Grantham was also sought for an interview with Philadelphia, but the Eagles have hired Billy Davis as their new DC.