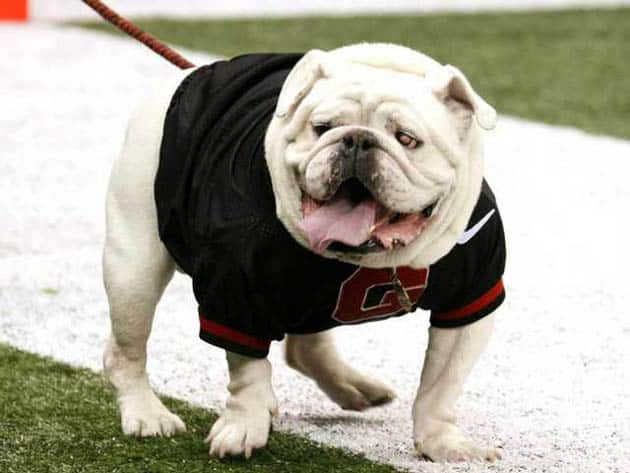 Uga VI, who was born on July 22,1998, passed away on Friday night from congestive heart failure. He was nine years old. The Georgia Bulldogs enjoyed great success while Uga VI stalked the sidelines. During his tenure, the Dawgs enjoyed an overall record of 87-27, an SEC record of 52-23, 2 SEC Championships and a bowl record of 7-2 (including 2 Sugar Bowl titles).

Uga VI took over the duties as the Georgia mascot in a ceremony on September 11, 1999 during the South Carolina game. He took over from his father, Uga V, who appeared in the movie “Midnight in the Garden of Good and Evil.”

Sicemdawgs.com sends their thoughts and prayers to the Seiler family and the Bulldog nation during this time of mourning.